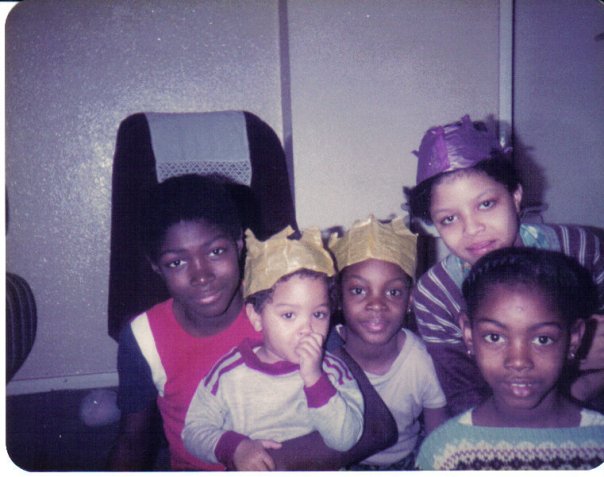 Christmas in London.  I think I was about 9.  Christmas cracker party hats and all. ❤

Sorry for the neglect.  It’s only wednesday and already my week has been uber hectic and majorly stressful.  😦

I’m trying to get all the prezzies for my nieces and nephew sorted.  I haven’t even sent out my Christmas cards yet.  I found out yesterday there was an issue with the computers and it was saying that my student loans weren’t processed so I had to trek up to my school and stand in line and sort that out.  My new job is still passing inspections and hasn’t opened yet so I’m still living on a tight budget, which doesn’t bode well for me since I’m going home for Christmas and will miss a day of Small Bar money since they are not open Christmas Eve.  *sigh*  Too much stuff.  I’ll shut up now.

I’ve been thinking about my year end list of tunes the past couple of days and as far as that is concerned it’ll be the same as last year.  I don’t think my blog will ever be like it was the first year that I did it because I am not in an office where I can sit and write everyday and listen to tunes non-stop.  That being said my year end list from now on will only be songs that I heard and liked.  Since I am not able to keep up with the hottest tunes or what came out when anymore, the list will be purely what tickled my fancy, be it old as hell or just released yesterday.  I’m pretty sure that disclaimer was unnecessary because those of you that read my blog know that my ramblings are just that, ramblings.  They have nothing to do with what actually goes on in the industry.  LOL.  I”m just an old lady that likes to blab about dnb. 😉

Zero T v Dwele – I Think I Love You
I love Zero T remixes.  Dwele is awesome regardless so it was bound to be a good remix. 🙂