Up late reading a looooong chapter for homework.

I was listening to some mix the other day and there was a dnb track on it that wasn’t a liquid tune, and I had no idea what sub category it would come under, so I couldn’t even attempt to look for it and there was no tracklist. I love the idea of not classifying anything and having it come under a huge umbrella, but at the same time it makes it more difficult to find what you like. Is there a category called “extremely gritty and growly with a melancholy melody? Is that still considered liquid? 😂

When I started listening to jungle/dnb I was all about the harder the better. I used to call the category I liked “Angry White Boy DNB”. I remember playing the Minnesota State Fair at like 10am and just blasting the noisiest, loudest dnb and having parents walk by with their kids and be like WTF. Don’t worry by the afternoon the intended crowd was there. I was booked to play a 4 hour set for 3 days. The first 2 hours were rough because no ravers were trying to show up to the state fair at 10am, but they were there in the afternoon and it was fun.

Anyways, Dillinja’s Hard Noize showed up on my Spotify daily mix and I love it so much. I’ve brought it up on my blog many a time because it brings me so much joy. I think the original is the best. Haven’t really been much of a fan of any of the remixes. What a great tune.

There’s this Monty tune that he played on that mix with him and Redeyes that I’m hoping comes out soon. In the meantime, you know me, forever listening to old dnb tunes that came out ages ago with a sprinkle of newer stuff when I try to hang with the cool kids.

Currently listening to some In:Most and Ruth Royal and pretending I’m on a tropical island, instead of at my desk making a handout.

Procrastinating on lesson planning. Continuing my French dnb dudes obsession and listening to this:

Yeh right. Tell that to LA. I didn’t do much this weekend as it was 111°. The only thing I wanted was my central air.

The goal is to be proactive this week and complete a lot of tasks. I’m happy to say that I’ve been sticking to the plan and have managed to get a lot done so far.

There are a lot of awesome mixes out right now so I’ve been vibing as I scurry around.

Super excited about the Redeyes Selfportraits album coming out on The North Quarter this week. I’ve heard some tracks played from it already and they sound 🔥🔥🔥.

Currently listening to Satl on Integral Records’ Radio 1 Wind Down.

I’m listening to an old Lenzman mix as I write a quiz.  So many amazing tunes.  I do like the odd newer tune every now and again, but I could listen to old liquid for hours. 😍😍😍

I’ve had a long couple of weeks. Some good things, some bad things.

Through it all, I love that there have been so many good mixes about.  It’s allowed me to  to completely lose myself in musical bliss, as I try and sort my shit out.

This Redeyes mix is everything.

This used to be one of my fave tracks back in the day.  I just thought it was so pretty.

Just got back from holiday.  Had such a lovely time.  Saw the fam in London, and also went to Ibiza for my cousin’s 40th.

Ibiza was fab.  23 of us getting our proper holiday on.  The Whatsapp group chat for Ibiza is still lit, cuz everyone wants to keep the vibe going.  😂

Here’s me and some of the crew aperol spritzing it up at Playa Niu Blau. 🍹🍹🍹 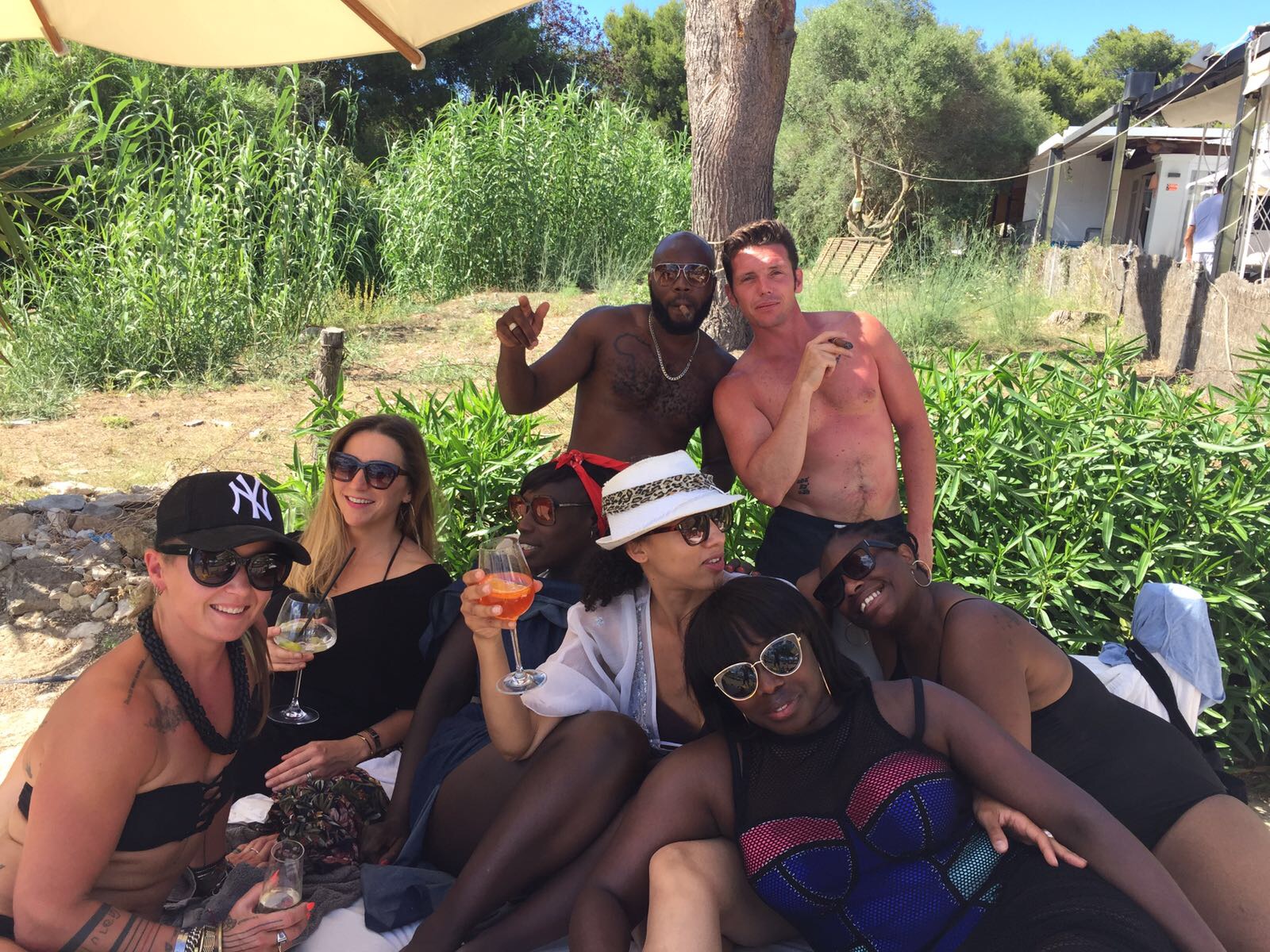 Anyhoo… came back to a bunch of mixes to listen to, since I didn’t download anything the entire time I was gone.

I love Redeyes.  The idea of Lenzman reintroducing Redeyes I love even more. 😍

This rain won’t let up.  I’m just sitting here kicking it with Kate, waiting to go home and listening to some Lenzman. 🙂